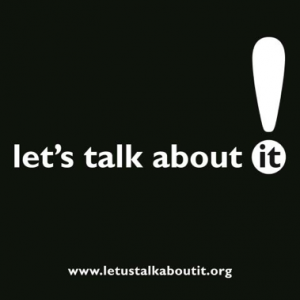 Campaign: Let’s Talk About It!

The Satcher Health Leadership Institute and Morehouse School of Medicine reached out to VIVO to develop a campaign that would help them close the gap among African-Americans in the community and getting the help they need when it comes to mental illness.

Applying the research the Satcher Health Leadership Institute and Morehouse School of Medicine conducted along with the information achieved from the focus groups VIVO conducted – it was clear that African-American families found it difficult to help family members who were mentally ill due to the stigma around mental health in the African-American community. 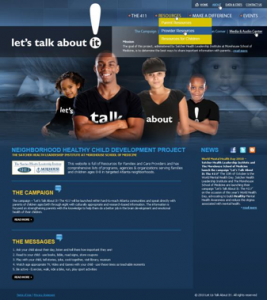 The Message – Let’s Talk About It!

VIVO designed a modern and powerful logo that was placed in the heart of the African-American community and delivered through many touchpoints including the PSA for radio, the website and brochures – all designed and produced by VIVO.

An achievement that has never been done beforeMorehouse School of Medicine (MSM) celebrates its 40th year as a renowned MedicalCollege with a slew of events that nod to the past, but more importantly look to thefuture of the institution. MSM needed a way to communicate this magnificent achievement by a Historically Black College and University. They needed to connecttheir current students, faculty, graduates and alumni under one unified stronghold thatexpressed the milestone they had achieved. 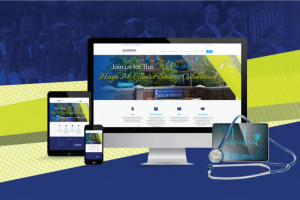 What VIVO came up with was a strategy that recognized the history of the schooland showcased the insights in medicine that were to come. VIVO created a brandthat encompassed the longstanding heritage of Knowledge, Wisdom, Excellence andService within the institution, representing its current status as a medical leader andshowcased its advancements in medicine while encouraging alumni, prior donors andfuture donors to give to the institution. The brand is a bridge from the past to thepresent and most importantly to the future. The visual expression is driven by the ideaof a color pallet rooted in the core brand and delivers a vibrancy that speaks to the schools continued advancement.

VIVO delivered the brand in a multitude of ways. The brand was treated andmanipulated in brochures,postcards, email marketing, and a website. The brandencouraged donor giving and told the story of the institution. The 40th Anniversarybrand strengthened MSM’s positioning and helped raise their profile in the fundraisingmarket. The brand helped the school recruit top medical professors and students, aswell as develop partnershipswith world-class organizations. VIVO brought thebrand to life in an experience that was seamless across digital and traditionalmedia-fields.

Expansion Into The Future

The new brand that was created sparked an idea from the institution to hone in ondonor giving. They had severalconstruction projects that were about to break ground and thought it would be the perfect time to engage further with their stakeholdersbeyond the 40th Anniversary.

The Expansion into the Future capital campaign was born out of the historicinstitution’s 40th Anniversary.Morehouse School of Medicine (MSM) partnered withVIVO once again to create a campaign that would highlight the future endeavors ofthe institution.

VIVO decided that the best way to unveil the new campaign would be at theculmination of the 40th anniversary celebrations.

The new capital campaign stood on the institutions goals to ignite the passion formedicine in their students through influential education and innovative technology.Thus the campaign was born: Ignite. Influence. Innovate. – Morehouse School ofMedicine’s Expansion into the Future.

The capital campaign had the objective to raise $65 million for a renovation that wouldtake place over four phases. The culmination of the 40th anniversary was an ask to theschool’s alumni, donors and prominent stakeholders to give to the school that hasgiven them so much. As a renowned medical school on a historic black campus, MSM isone of the top medical institutions in the world. To further their mission of instillingKnowledge, Wisdom, Excellence and Service into their students, MSM needed to raisefunds to renovate existing buildings and create new co-working environments thatwould catapult MSM into the future and ignite the passion for medicine into theirstudents by giving them work spaces that allow for innovative research led byinfluential professors.