VIVO is showcasing women who have made large contributions in history through their ideas, talents, and organizations.

VIVO will be showcasing women throughout March on social media. 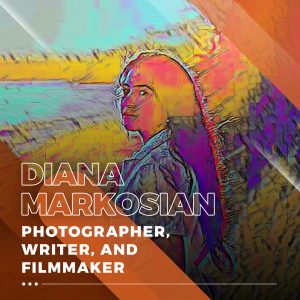 Diana Markosian is an American photographer of Armenian descent,  known for her photo essays about the Armenian genocide and her distant relationship with her father.  Her art gives the viewer an inside look at how she perceives her identity in relation to being an Armenian, as well other parts of herself she has to come to terms with. 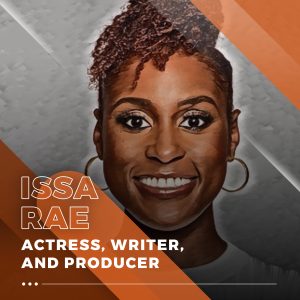 Issa Rae is a triple threat, an actress, writer, and producer. First receiving attention for her work on the YouTube web series Awkward Black Girl. She is most known for her hit HBO series Insecure, which was nominated for several Golden Globe awards and Primetime Emmy Awards.
Issa Rae has used her notoriety to bring attention to police brutality; She helped raise $700,000 for the Sterling Family Trust to help pay for the children of Alton Sterling to attend college.

“For a long time, I defined myself by what I wasn’t… My life changed when I focused on what I was, what I was good at, what I liked most about myself, and what made me stand out. Once I learned to like myself more than others did, then I didn’t have to worry about being the funniest or the most popular, or the prettiest. I was the best me and I only ever tried to be that.”

Clara Amfo is a Radio 1 DJ and Presenter currently hosting the mid-morning show on BBC Radio 1.

She has interviewed famous artists from Jay-Z, Ariana Grande, Kendrick Lamar, and Pharrell Williams. She is the second woman in history to host radio 1 since 1967.

Not afraid to speak her mind. She delivered a powerful speech on her radio show about her reaction to George Floyd’s death.

“George Floyd, an unarmed black man who died whilst being held under arrest. Now I didn’t have the mental strength to face you guys yesterday. To ask, ‘Hi, how was your weekend?’ like I usually do with my happy intention, because I know that my weekend was terrible. I sat on my sofa crying, angry, confused, and also knowing, stuck at the news of yet another brutalized black body.”

Clara Amfo an ever-present mover and shaker of culture in her native Britain as well as around the world.

Originally formed to bring mothers of professional basketball players together, because each mother was experiencing the same challenges brought about because of their child’s fame and the need to support a there community.

VIVO has worked with the organization in multiple digital capacities. We designed and developed their website, built a custom membership information system, and manage all of their digital content.